Linking Library Metadata to the Web: the German Experiences 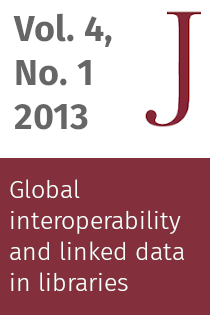 One of the major challenges of libraries today is to make metadata available for the usage and re-usage by researchers and the scientific community. Therefore it is necessary to open the cataloguing systems for non-restricted and completely free access. Libraries of Bavaria, Berlin and Brandenburg decided in 2011 to publish their shared network catalogue with nearly 23 million records as open data and as linked open data. In March 2012 this data pool won the second prize in the first German-wide programming competition “Apps for Germany”. The paper presents the steps of the project and the versatile experiences in publishing the data of more than 170 libraries. In addition it will introduce the Europeana libraries project in that more than 5 million records among them 600.000 records of the Bavarian State Library will be ingested in Europeana and be published as linked open data.