Libraries and public perceptions: A comparative analysis of the European press. Methodological insights 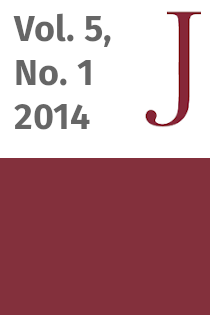 The paper presents the first results of a research which aims at evaluating how the public perception about libraries has evolved over the last five years in Europe. It quantifies and qualifies the presence of issues concerning libraries in the European press in order to answer the following research questions: which are the most discussed topics and have they changed over the last years? Are there any significant differences between the European countries and newspapers in the debate about libraries?

The research is based upon a comparative textual analysis of eight print newspapers of national interest coming from four different European countries (UK, Italy, France and Spain) and concerns the quantity and quality of articles on libraries published from 2008 to 2012.

The data analysis highlights the following main trends: public and national libraries are prevalent in the debate; a general agreement is found on the most popular topics; no relevant connection can be traced between the political areas the newspapers belong to and the topics dealt with; a deeper analysis of the national context is required to better interpret the differences among the newspapers; the effect of the economic crisis on the evolution of the debate is evident both in the presence/absence and in the rise/decline of some topics. As for now, the research proves to be effective not only to highlight different topics and approaches, but also to understand how newspapers relate with the common thoughts and the general feelings autonomously emerging from in the society.