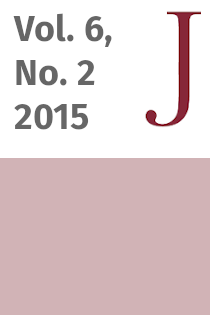 This article is the text read at the presentation of the book Le Biblioteche di Luigi Crocetti, saggi, recensioni, paperoles (The Libraries of Luigi Crocetti, essays, reviews, paperoles), AIB, 2014, edited by Laura Desideri and Alberto Petrucciani.
Luigi Crocetti (died in 2007) was one of the most eminent personalities in the Italian library world of the last fifty years. Some of the most significant milestones of his career are: Director of the Laboratory of Restoration at The National Central Library in Florence, after the flood of the Arno river in 1966; Director of the Library and Archives Department of the Tuscany regional government; President of the Italian Library Association (AIB), Director of the Gabinetto G.P. Vieusseux. Crocetti was also leader of, or influential partner in, the major projects and programs developed in Italy during his professional life, including: the DDC 20 Italian Edition, the project SBN (the Italian Library Network), Editor of the journal Biblioteche Oggi , as well as collaborator in various journals and publishing activities. The numerous writings of Luigi Crocetti, published throughout his professional life, register punctually the evolution of libraries and librarian profession in times of major technological, cultural and social changes. Nevertheless Crocetti’s writings are not only an historical record of a perceptive (and committed) observer; they also constitute a collection of profound reflections and inspiring input for further discussion on the role of libraries and of culture in the society. Gifted with uncommon erudition, Crocetti shows an extraordinary ability to interpret the current reality and for see the future with a remarkable farsightedness. His writings touch on all aspects of the profession, from book preservation and restoration to public libraries, from cataloguing and indexing to library cooperation and networking, from national libraries, archives and museums, to user services. It is quite evident that Crocetti is aiming to an audience far beyond librarians, to include policy makers, managers, intellectuals and
all those who have contact with libraries; in a final analysis he addresses to all citizens, being convinced that "culture is for everyone" and that “libraries must by their nature be deeply immersed in the overall cultural flow”. Innovation and renovation of the professional mentality are recurrent themes in the writings of Crocetti. The Author - fully aware of the international debate and attentive to technological change - identified in the progressive loss of contact between libraries and cultural tradition one of the weak points of the Italian librarianship. According to his view, this situation emphasized the ‘bureaucratization’ of libraries and librarians, which is a major cause of the erosion of their intellectual function. "The Italian librarianship - notes bitterly Crocetti - is rich in the past and poor in tradition”. It is a controversial issue, like many others (too often passed over by the professional debate) highlighted by Crocetti in his writing with clarity and equilibrium, like the true intellectual he was, able to rise above the interests of their own sector, but also capable of representing the aspiration to renew the librarian profession in the global dimension of our times.